See An Issue Report it Now

Clarkston, GA ––  The City of Clarkston Police Department announced today it is the latest Georgia police force to join the viral “lip sync challenge.” The video comes as a project in partnership with Clarkston: the film, a documentary about Clarkston that aspires to discover the soul of America by examining it through the eyes of outcasts.

Police departments from around the country have been challenging one another to lip sync battles all summer, with some of the viral videos showcasing lessons about tough topics like domestic violence.

At a glance, Clarkston’s video may seem to stand in contrast to some of these videos, but the

resettlement town has been on the receiving end of anti-immigrant backlash and rhetoric in recent months. The song selection “Shake It Off,” by Taylor Swift, as well as the feature of a broad cross section of Clarkston residents serves as a nod to the towns continued leadership as a welcoming and compassionate community to all, in spite of recent hostility from some politicians.

“Working in a community as diverse as ours presents many challenges and opportunities,” Christine Hudson, Clarkston’s Chief of Police said. “That’s why we put such an emphasis on community policing and finding as many windows as we can to get out and connect with people one on one. I think our lip sync challenge video really drives home the fact that our officers are normal people, doing a job, who are trying to serve and protect in a community they truly care about.”

“The Clarkston film crew has spent the last twelve months embedded in the Clarkston community, and we have learned that is more than just the most diverse square mile in America,” Erin Bernhardt, Producer and Co-Director of Clarkston the film, said. “This is a place where encroaching bigotry is met with baklava and peaceful protest, where tribes at war around the world find peace and reconciliation. It’s a town that proves there is much more that unites us than divides us, and it was such a joy to take this opportunity to help with this community-led project.”

“It was great to see the entire city staff and many of our community members come out and participate in this video. Sharing in the fun, the dancing and the tomfoolery is a big part of what makes Clarkston great!” Mayor Ted Terry said. Mayor Ted, who was recently featured in the Season 2 final episode of the Netflix sensation “Queer Eye,” highlighted the uniqueness of the Clarkston.

In the words of Taylor  Swift, the haters gonna hate hate hate, but Clarkston is just gonna shake it off, and keep doing what it’s been doing successfully for more than 35 years. 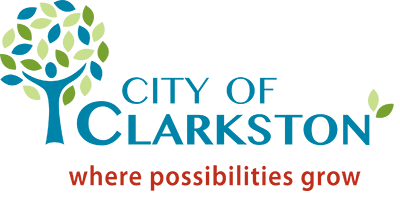 About the City of Clarkston

Known as the most ethnically diverse square mile in America, Clarkston is noted for its welcoming policies for immigrants and refugees, and it’s compassionate approach to governing. Clarkston is noted for being the first city in Georgia to raise the minimum wage to $15/hr for city employees, making Election Day a holiday, and decriminalizing simple marijuana possession. The city has also enacted the strictest indoor smoking ordinance in the state, a public health measure to reduce secondhand smoke related illness in Clarkston. The city is currently working on innovative new models around civilian led policing, tiny house developments and micro-farming, and recently committed to a goal of 100 percent clean energy by 2050.

About Clarkston: The Film

CLARKSTON (working title), is an independent documentary feature film, workforce development project, and impact campaign currently in production. Intimate character-driven stories lead us through a small southern town known as “the most diverse square mile in the America” and explore how to help heal hate and pain by serving others. For more info on the film please visit www.clarkstonfilm.com.