Meet the Clerk of Court 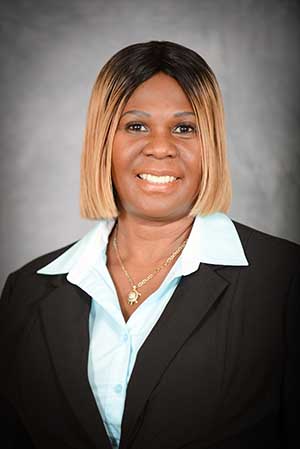 Dorothy Roper-Jackson was promoted to Chief Court Clerk effective January 7, 2019, after the retirement of Shirley Green. Ms. Jackson has worked for the Clarkston Municipal Courts since April 2015 as the Deputy Court Clerk.

Ms. Jackson is an accomplished individual with combined 35 years of experience in the criminal justice system, and law enforcement institutions. Before joining the Clarkston Team, Ms. Jackson worked as a Criminal Court Clerk in the Clerk’s Office of Broward County, and was quickly promoted as a Judicial Assistant in the 17th Judicial Circuit Court of Broward County, Florida. Ms. Jackson moved to Georgia in 2006, worked as a Records Clerk, then promoted to Records Clerk, Sr. /Officer in Charge in the Records section of DeKalb County Police Department

Ms. Jackson holds a Bachelor’s degree in Criminal Justice Administration from University of Phoenix, and a Master’s degree in Forensic Psychology from Argosy University.